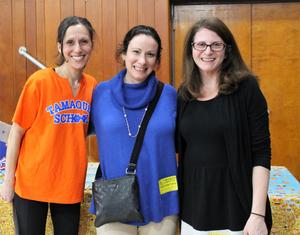 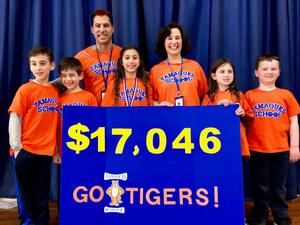 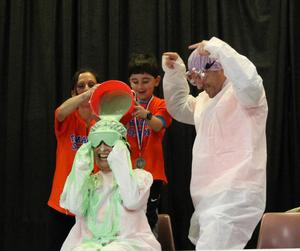 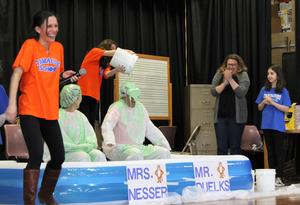 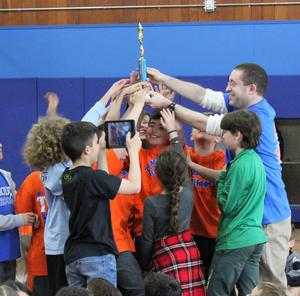 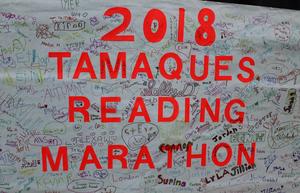 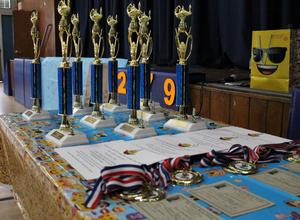 There was much energy and excitement at Tamaques School as grade level and individual winners of the annual Reading Marathon were announced at an awards ceremony on March 28.

There was much energy and excitement at Tamaques School as grade level and individual winners of the annual Reading Marathon were announced at an awards ceremony on March 28.

“We broke a record with reading,” said Reading Marathon co-chair Jennifer Carbone as she announced the final results.  “The total minutes read [across the school] was 175,583.  That’s a lot of reading.”

Each grade far exceeded the number of challenge minutes set at the start of the marathon, Carbone said, with some reaching 150 percent and above of their goal.

“This has become quite the annual tradition,” said Tamaques principal David Duelks as he kicked off the awards assembly.  “In the three years I’ve been here, it just keeps getting better and better.”

By asking family and friends to sponsor them during the marathon, students also raised a record $17,046 to be donated to the Paul Jackson Fund (pauljacksonfund.org) to help families facing a financial crisis due to a long-term illness or disability and to Tamaques Cares, a fund that provides support to families within the school’s community.  The money raised will also support school and classroom libraries at Tamaques.

While the minutes read and money raised are impressive, said Tamaques media specialist Stephanie Landay-Nesser, “what matters is that you continue to read every single day.  Reading helps in all areas of study -- social studies, math, science.”

At the start of the marathon during Read Across America week. Duelks and Landay-Nesser challenged each grade to read double their homework minutes and to raise a minimum of $4,500 schoolwide.  If that challenge was met, the two said, they would agree to be slimed at the end of the awards ceremony.

“You know what this means,” Carbone said as the marathon neared a close.  “It means this assembly is about to get really messy.”

As promised, Duelks and Landay-Nesser climbed the stairs to the stage and donned protective eyewear and plastic covering before a few students dumped a full bucket of the green goo on each of them to the great delight of the gathered students, staff and parents.